Goblytania a proud empire! Suffering from famine and many years of mismanagement and corruption, where the rich get richer, and the poor get just thinner, has exploded into a bitter civil war. The "force's of order" - the establishment and monarchy - want to preserve as they see it the natural order. Opposing them are the communists fighting for the working goblins. The church has been torn asunder. The bigger and wealthier monasteries are supporting the establishment - and their tithes which support good living in a famine. The more pastoral section of the priesthood who work every day with the starved populace supporting the communists. Stirring the already complex plot the many fascist groups rise to "Make Goblytania Great Again". And the anarchists just want to see the world burn so they can pick up the pieces and build a newer fairer society from the rubble. 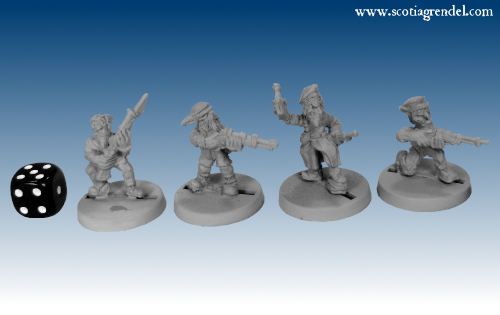 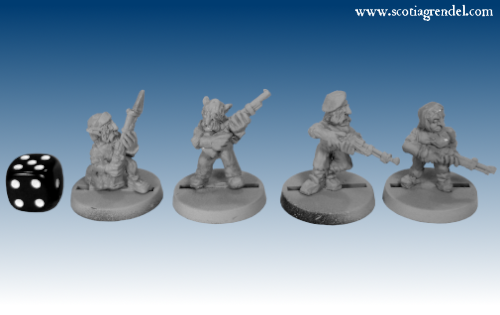 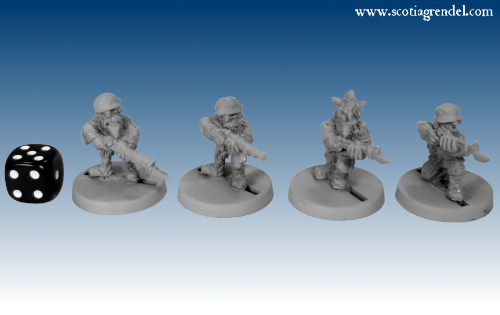 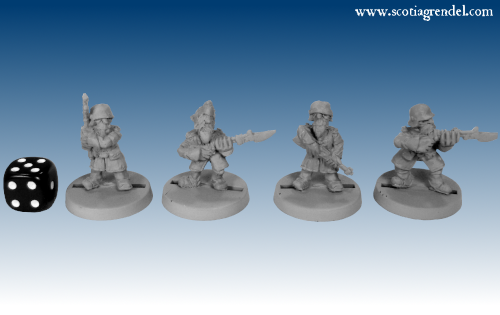 GOW3004 - Regulars with Rifles in Greatcoats 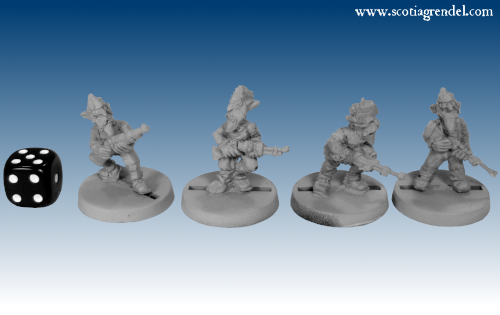 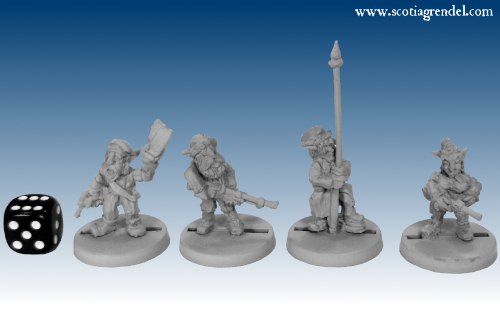 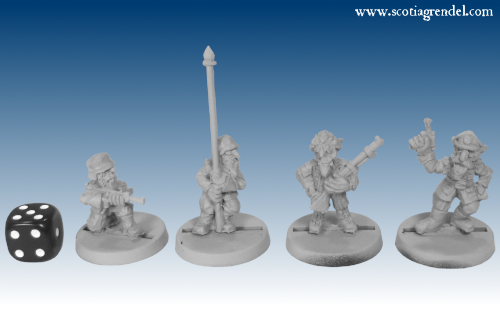 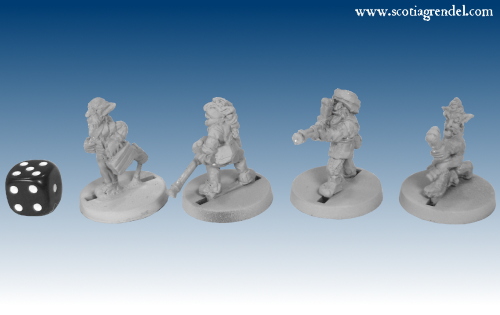 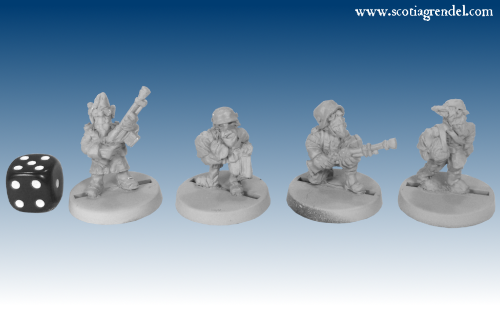 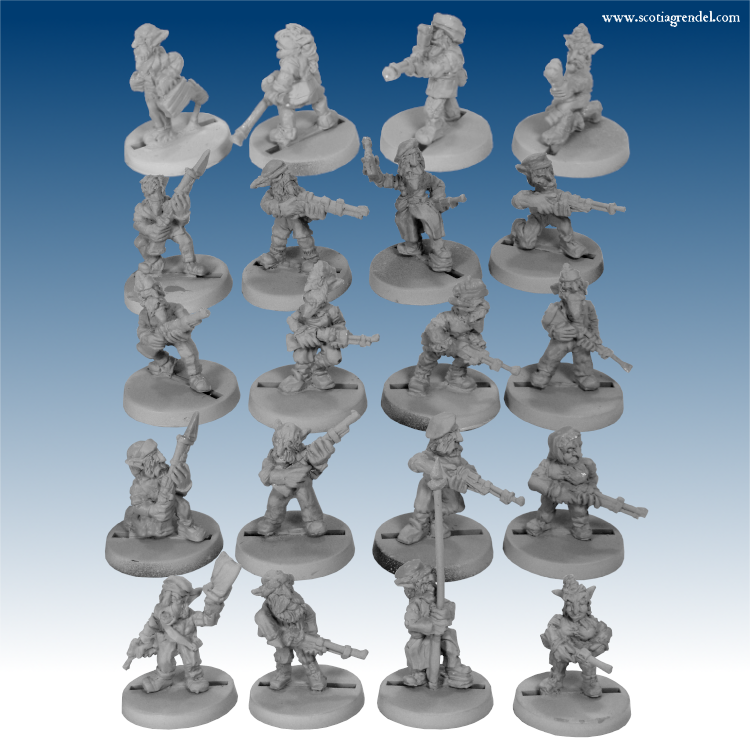 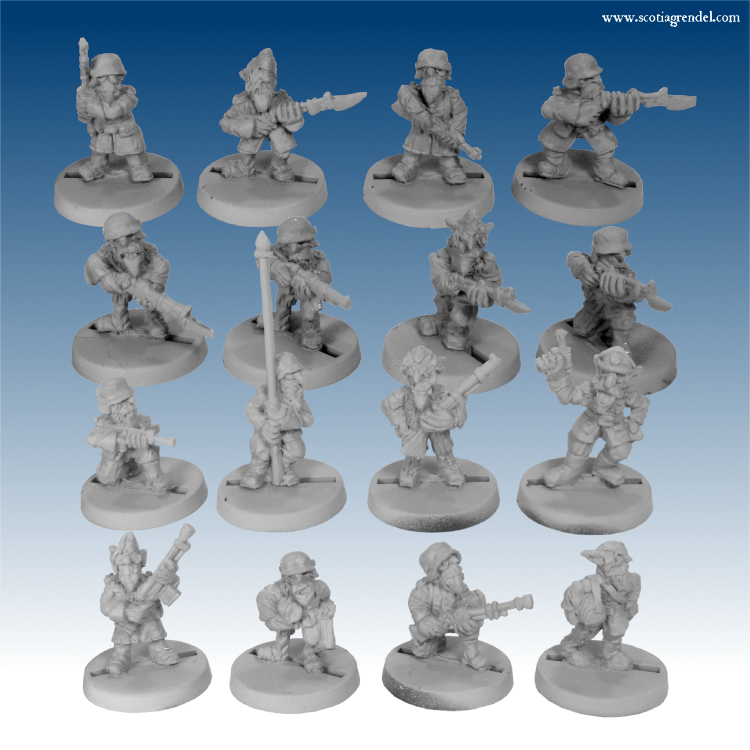